When we think of ads, we often think of things like television commercials, print ads, and things like radio spots. But we sometimes forget that billboards are a great vehicle for advertising.

These outdoor ads are an excellent way to reach a wider audience of folks that are driving down that highway or going through a city. Billboards and banners can really attract the attention of potential customer. How might that be?

Well, for starters, drivers who see a printable sign for a restaurant or even a local concert or business will likely take action right then and there versus reading about it in a paper. For example, if a driver sees a billboard for a restaurant and he’s hungry, he’s more likely to pull over and eat at your restaurant than waiting to get to his destination; especially if he’s on a long road trip.

In fact, according to the Arbitron National IN-Car Study, billboards are an effective form of advertising. Some highlights quoted from that study:

Now that you know how effective billboards can be, how can you utilize one for your business? Smaller point of purchase signs are in fact small billboards.  For starters, you want to find the right fabric and ink for your design. Remember, not all fabrics are created equal. After all, you don’t want your billboard to fade, tear, or lose its structural integrity and same is true for your banner signs.

Using the right fabric for your billboard will help keep it looking bright and attractive and therefor catch the attention of drivers. After all, according to the Arbitron report, billboard ads are one of the last things consumers see before making a buying decision; don’t miss out on that opportunity to make a sale! 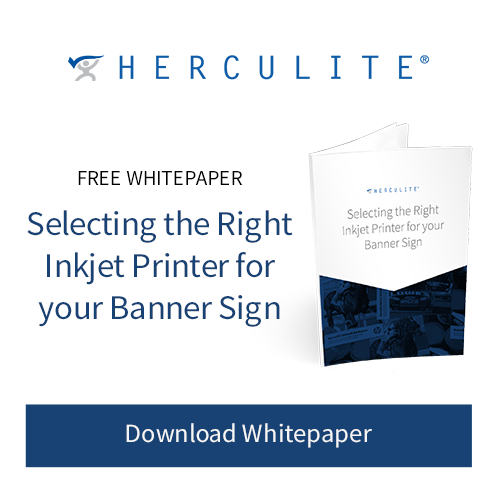